Kevin Anchukaitis | The Past Landscapes Lab I was the final speaker in the 2021 University of Arizona College of Science Lecture Series on water. My talk looked at the interactions between climate variability, climate change, and human society past, present, and future.

Guardabosques, a documentary about our Guatemala research Filmmaker and photographer Mari Cleven from the Office of Research, Discovery, and Innovation accompanied us on fieldwork in western Guatemala. The first of her short films from the trip - Guardabosques - connects our research on rainfall variability with the livelihoods and vulnerability of the communities in the western highlands of Guatemala. This research has been made possible by the National Science Foundation (BCS 0852652 and BCS 1263609), the National Geographic Society, and the Fulbright Program. Mari Cleven won a 2018 Emmy Award (Rocky Mountain Southwest) for the film. Coffee and Climate in Central America

Emily Litvack from the University of Arizona wrote about the connection between our dendrochronology work in Guatemala and the future of coffee. Filmmaker Mari Cleven's second film about our research examines the links between climate change, coffee, and rural livelihoods in Guatemala. Our Guatemala research has been made possible by the National Science Foundation (BCS 0852652 and BCS 1263609), the National Geographic Society, and the Fulbright Program.

Exploring the connection between climate and human society 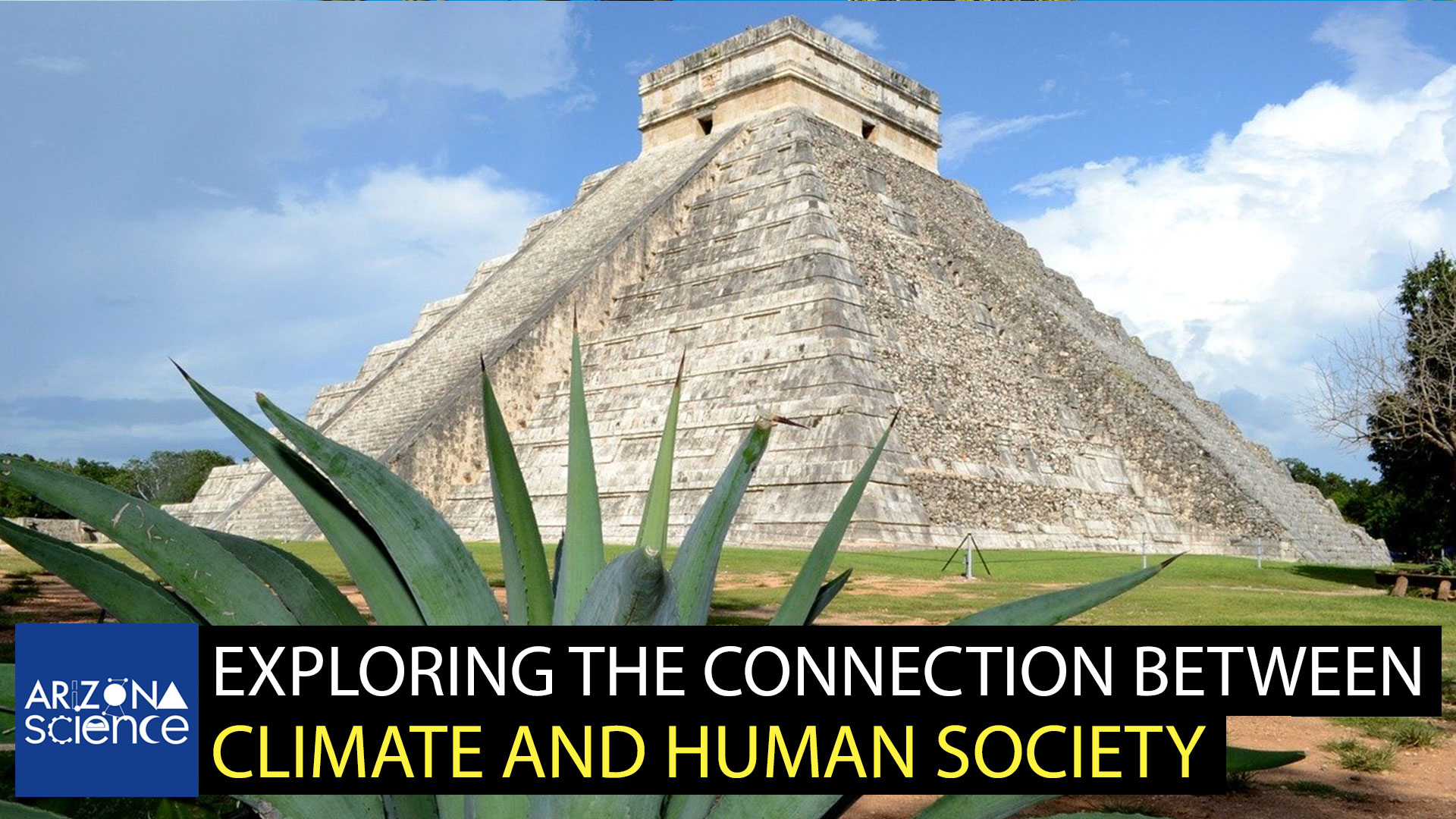 I had a chance to talk with Tim Swindle of the University of Arizona Lunar and Planetary Lab on Arizona Science about how studying interactions between past climate variability and societal response can tell us something about the challenges we face from climate change today.

Mediterranean Drought on the BBC Michael White and I talk about a range of topics - from Georgetown, to dendrochronology, to climate and civilization and collapse, the extinction of the Golden Toad, and volcanoes - on his podcast, Forecast. I had the chance to talk with Andrea Kelly on AZPM's Metro Week about climate science and politics. You can see the interview here (minute 2:30 and onward). I talked about the intersection of paleoclimatology and environmental history with Dr. Dagomar Degroot from Georgetown University on the Climate History Podcast Journalists Mara Hvistendahl and Christina Larson accompanied us on fieldwork in Mongolia in 2012 and wrote a news feature for Science about our research. Mara's main article, 'Roots of Empire' is available here, while Christina's feature (pictured above) is available here. The results of this research were published in 2014 in Proceedings of the National Academy of Science: Pederson, Hessl et al., 'Pluvials, Droughts, the Mongol Empire, and Modern Mongolia'.

Christina Larson also wrote a related piece that included our monsoon research, 'Gauging the Impact of Warming On Asia’s Life-Giving Monsoons' for Yale's Environment 360, based in part on her trip to Mongolia. I blogged about our (field) research on climate change and drought in Guatemala at the New York Times' Scientist at Work blog.

Other Links and Media

Science published one of my photos from our fieldwork in Vietnam. Andy Nelson wrote about our work in Vietnam in the Christian Science Monitor in November 2009, in an article that features his amazing photographs. I was part of a Scientific American podcast, hosted by Steve Mirsky, about tree rings. Columbia Magazine had a feature on our southeast Asia research, What Happened to Angkor? in Spring 2010. The 2008-2010 Lamont Doherty Earth Observatory Biennial Report has a feature on our Central American research [PDF]. Science teacher Susy Ellison accompanied me to the Arctic in July 2011 for field research and blogged about it here for the PolarTREC program. I was interviewed for a story on What Ancient Civilizations Can Teach Us about Drought on the Yale Forum on Climate Change and the Media. Michael Lemonick wrote an article that included my work at the Lamont-Doherty Earth Observatory Tree Ring Lab for Climate Central. I also quoted in this Climate Central article about the 2013-2014 California Drought. I'm quoted in this story about environmental science at Georgetown University, my alma mater. My research is featured in an article in Oceanus, Storms, Floods, and Droughts [PDF]. I'm quoted in an article about the 2014 droughts across the Americas. I talked with Jim Dalrymple from Buzzfeed in April 2015 about California drought. I'm quoted in this Scientific American article about volcanoes and climate. The University of Arizona and several other media outlets used one of my photos to illustrate a story about research on Sierra Nevada snowpack by Soumaya Belmecheri and her colleagues. I'm quoted in this Climate Central story about California drought and atmospheric rivers. I provided some perspective and commentary on a 1200 year hydroclimate reconstruction and model/data comparison for CarbonBrief. I talked to John Upton at Climate Central about climate change, wildfire, and human health and about the role of anthropogenic warming on wildfire. I talked to Tom Beal at the Arizona Daily Star about old trees in Asia. Our work on climate and paleoclimate in Guatemala was featured in the Daily Wildcat and on KVOA in Tucson. This article in Pacific Standard describes tree-ring research on drought in California led by my former postdoc Dan Griffin. I spoke to local Tucson news channel KOLD about the 6th Assessment Report from the IPCC in 2021.

Links to articles about a specific publication are available on my Publications page.